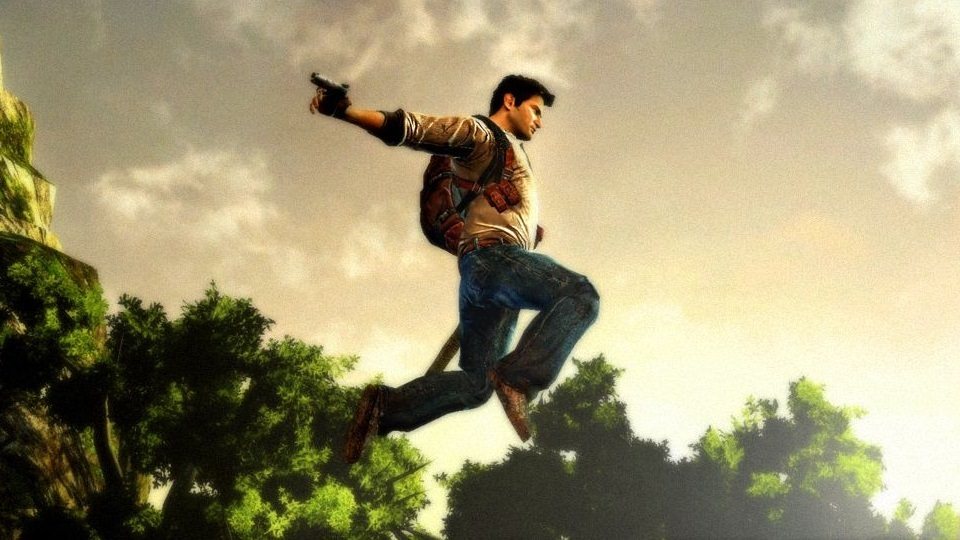 With amazing titles like Severed, Gravity Rush, and Uncharted: Golden Abyss, the PS Vita surely have a great collection of action-adventure games.

If you’re a fan of both PS Vita and action-adventure games, there’s a chance you’ll like this list. 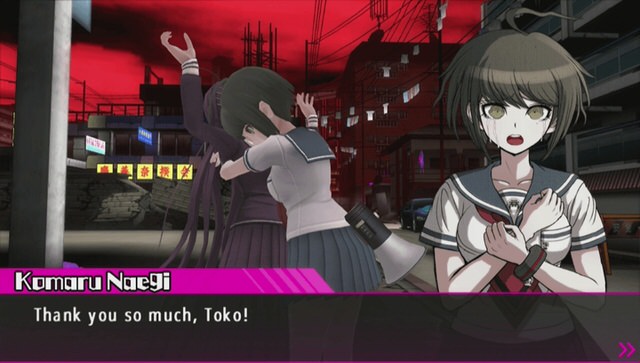 Komaru Naegi, little sister to Makoto Naegi, has been imprisoned inside a mysterious apartment for over a year.

One day, she is rescued by Byakuya Togami of Future Foundation, but the rescue is derailed by a sudden attack of hundreds of Monokumas.

Komaru soon discovers that the city has been taken over by a group of children calling themselves the Warriors of Hope.

Their leader, Monaca, declares that the city will be the site of a Children’s Paradise, and to accomplish this, all the adults will be exterminated.

Komaru teams up with Toko Fukawa to try to survive the rampaging Monokumas, escape the crafty Monokuma Kids, and uncover the secrets of the city.

Third Person Shooter Action Sequences: Use Future Foundation’s Hacking Gun to have a fighting chance against the hordes of Monokumas as you traverse Towa City.

Tons of Different Types of Ammo: Tackle challenges with multiple kinds of Truth Bullets, such as Paralyze and Link.

Riddles and Puzzles: The Monokuma Kids will challenge more than just your trigger finger; you’ll need your smarts to survive as well.

There’s a lot to discover in the city, with a number of familiar faces and mysteries to unravel! 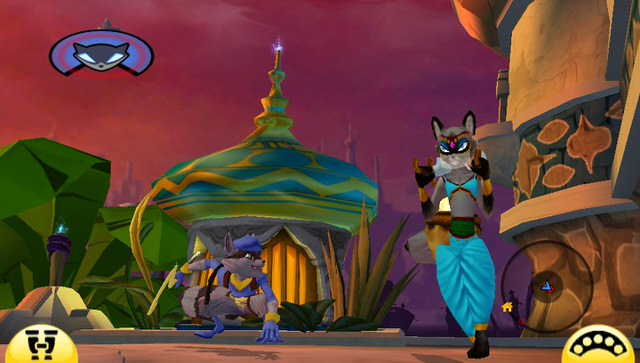 Sly Cooper Thieves in Time continues to chronicle the adventures of the Sly Cooper gang from where Sly 3: Honor Among Thieves concluded.

After completing their latest heist, Sly carries on with a case of alleged amnesia and dances off with gal pal Carmelita, leaving Bentley as the keeper of the treasured Thievius Raccoonus, The Cooper family’s ancient book of master thievery.

When Bentley discovers that pages of the book have begun to disappear in front of his eyes, he must round up the gang and save the Cooper Clan legacy from being destroyed forever. 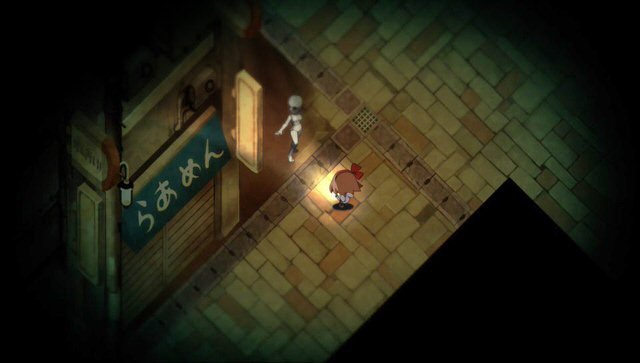 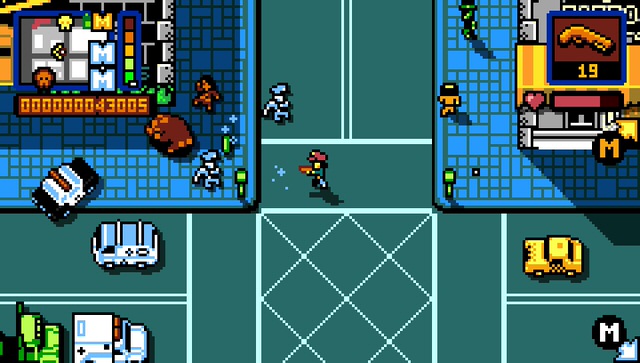 A parody of the open-world action genre, Retro City Rampage takes modern game mechanics and mashes them into an authentic 8-bit experience.

It’s one half fast paced arcade game, the other half a hilarious story mode!

It’s all the driving and shooting you’d expect and a whole lot more!

With missions that twist pages straight from classic game experiences, you get to re-live and rewrite history in a way only a modern anti-hero could!

When it comes to enemies, weapons are only the beginning! Put on your boots and jump on their heads!

Toss ’em around to knock the rest down! Become truly unstoppable with awesome power-ups!

Through its world, characters and missions, Retro City Rampage lampoons the entire 8-bit era from its games to the TV, movies and pop culture! 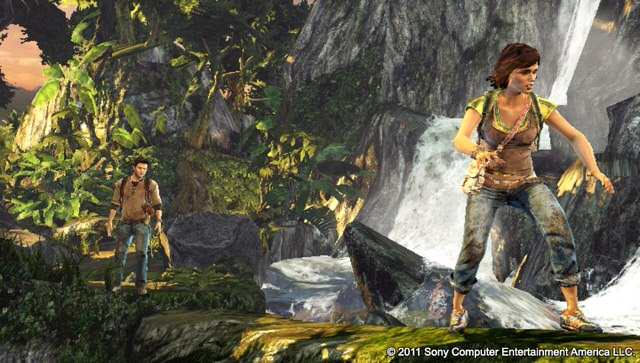 Uncover the dark secret behind the 400-year-old massacre of a Spanish expedition as Nathan Drake follows the murderous trail of an ancient and secret Spanish sect.

Caught in the middle of a rivalry between Jason Dante—his old friend—and Marisa Chase—the granddaughter of an archeologist who has mysteriously vanished without a trace—Nathan Drake races into the treacherous river basins, undiscovered temple ruins and karst caverns of Central America in search of a legendary lost city, only to find himself pushed to the edge of the Golden Abyss. 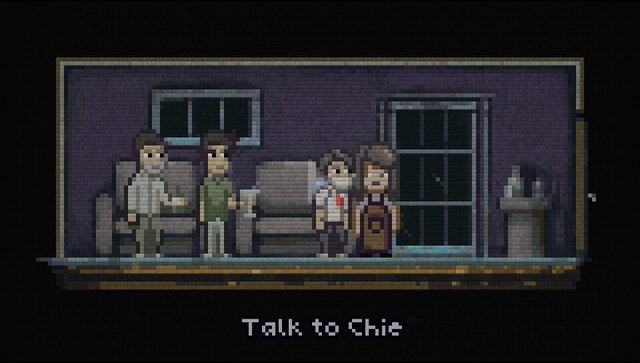 From the creator of Soul Brother and Soundless Mountain II, comes an original and adult Psychological Horror.

The masked protagonist must escape from a city ravaged by disease, by any means.

Starving and exhausted, he has begun to question how much of what he sees is even real.

A new kind of adventure where the choice of how to survive is up to you.

Sneak through without firing a single shot, or kill everything in your path.

Eat and sleep well, or resort to drugs to keep going. Search for survivors, or try to escape the city alone.

Look after your mental health, or descend into madness… 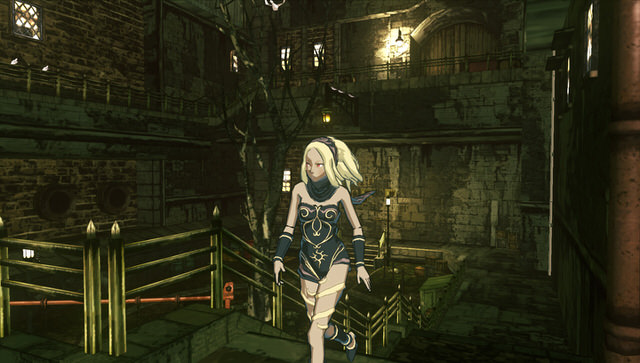 Manipulate gravity to save your world from destruction.

Gain a new perspective as you take on the role of Kat, a strong-willed girl seeking the means to protect her future in a world that’s crumbling to pieces.

Tilt and move the PlayStation Vita, taking gravity into your own hands to deliver devastating attacks, uncover the secrets to your past and explore a mysterious world. 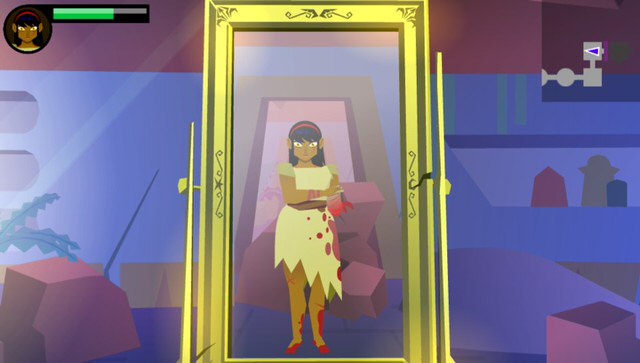 Severed follows the saga of a distraught warrior, who is lost in a fantastical world, as she knits together pieces of her story from both the past and the future.

As the heroine, players will embark on a journey through a surreal, nonlinear world by using a gesture-based combat mechanic to defeat enemies in this first-person adventure.

During their journey, players will unlock new abilities, discover secrets of the land, and grow in power as they master both offensive and defensive techniques. 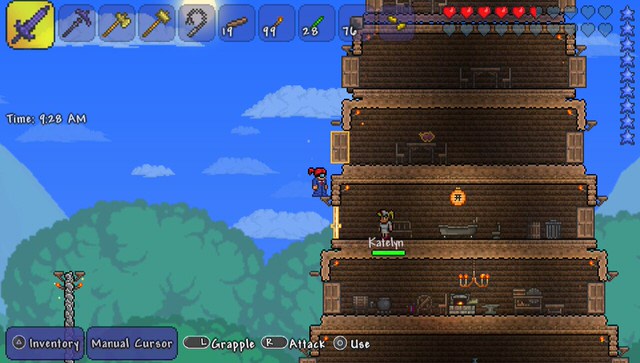 Terraria? What’s that? Terraria is a land of adventure! A land of mystery!

A land that’s yours to shape, to defend and to enjoy.

Your options in Terraria are limitless, are you an action gamer with an itchy trigger finger?

A master builder? A collector? An explorer? There’s something for everyone here.

Dig, fight, explore, build! Nothing is impossible in this action-packed adventure game.

The world is your canvas and the ground itself is your paint. Grab your tools and go!

Make weapons to fight off a variety of enemies in numerous biomes.

Gather resources to create everything you need to make the world your own.

Build a house, a fort, or even a castle.

People will move in to live there and perhaps even sell you different wares to assist you on your journey.

But beware, there are even more challenges awaiting you…

Are you up to the task? 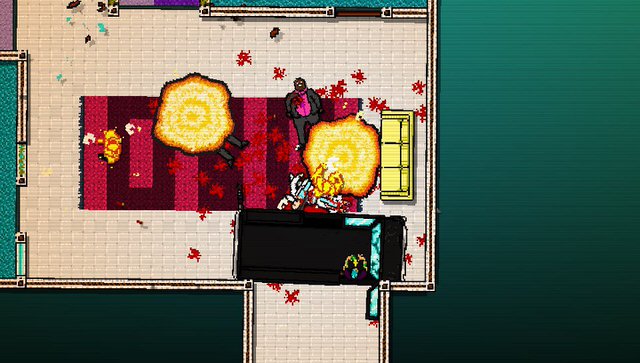 Step into the neon-soaked underground of 1980s Miami as bizarre messages on your answering machine seem to be urging you to commit terrible acts of violence – but will you obey?

Hotline Miami overflows with raw brutality and skull crushing close combat as you find yourself outgunned and using your wits to choreograph your way through impossible situations.

An unmistakable visual style, a driving soundtrack, and a surreal plot that will have you question your own thirst for blood.

Bash and blast through over 20 multiscreen levels with 35 unique weapons and collect 25 game-altering masks in one of the darkest and most unusual independent games on the scene.

Determining the best PS Vita action-adventure game is no doubt a never ending topic (mostly because new games are still being released), but it’s worth the time!