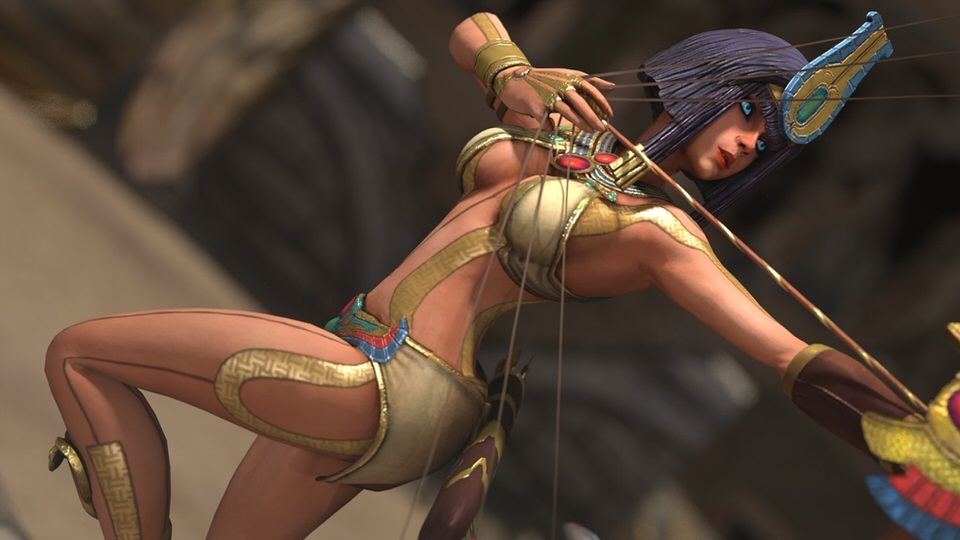 With amazing titles like XCOM 2, Halo Wars 2, and the Worms series, the Xbox One is surely have a great collection of strategy games.

If you’re a fan of both Xbox One and strategy games, there’s a chance you’ll like this list.

Some of you will probably remember (or even still own) some of the games mentioned on this list. 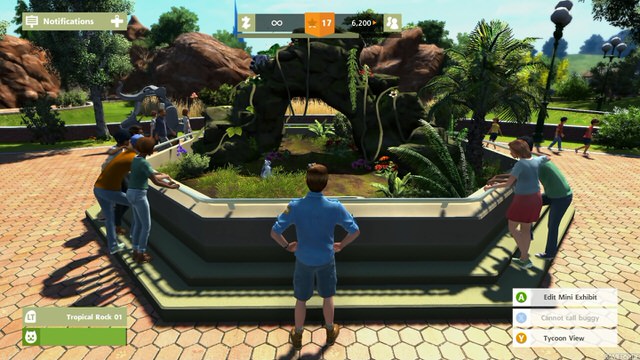 Own your own zoo and create some educational and entertaining exhibits for your guests.

Keep your guests happy and keep your zoo clean to reach the peak performance!

This entertaining simulator puts you in the shoes of a zoo manager, allowing you to build and manage the property and tweak different aspects.

Enjoy a guided experience in the lengthy story mode, put yourself to the test in various challenges, or go wild in the game’s endless mode.

There are also several mini-games that use the Kinect camera, so bust out your accessory and get moving!

You can even upload your own custom parks so other players can check them out. 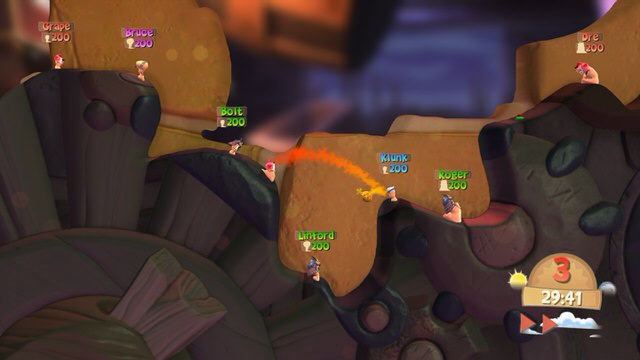 Take your team of worm soldiers to the battlefield, testing your accuracy and power in exciting and humorous fights.

This entry in the Worms franchise is similar to the PC game, Worms Clan War.

The game has several modes of play, including a fun story mode that takes place in a history museum.

From shotguns and pistols to shrink rays and holy hand grenades, this game gives you 65 different guns and gadgets to destroy your competition.

The lighthearted attitude of the game makes it fun to pick and up play, but there’s enough complex strategy to satisfy even the most hardcore of strategy fans. 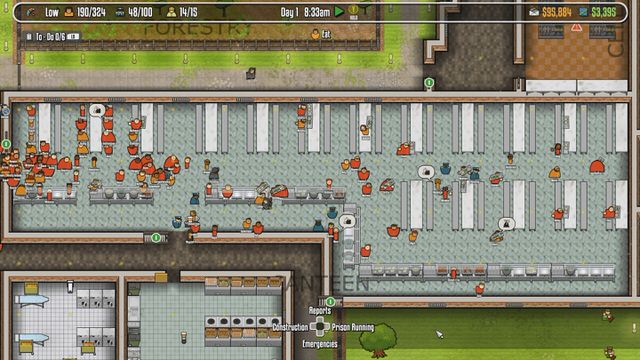 Enter the privatized prison business by building your very own penitentiary and tweaking various options to maximize profits while keeping your prisoners happy.

This management simulator allows you to get down to the nitty gritty and create your own prison, choosing various aspects and designing its layout.

The game has several modes, including a story mode and an escape mode that puts you in the shoes of the prisoner.

As creator of the prison, it’s up to you to select staff, keep the lights and water running, and make sure your prisoners are happy.

This is an in-depth simulator with a plethora of options, and one that will surely have you managing your prison for hours on end. 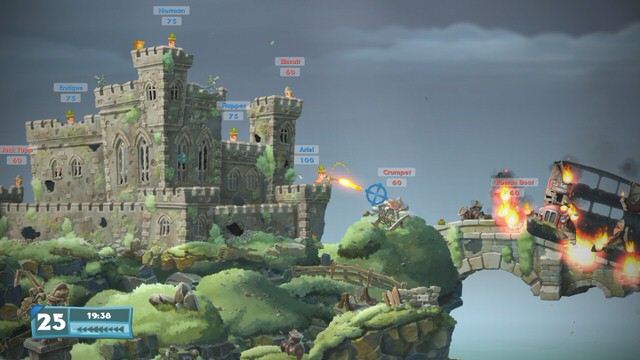 The Worms franchise returns with a more classic style of gameplay, while still introducing new features and mechanics to keep things fresh.

Like other games in the Worms franchise, Worms W.M.D has you controlling a squad of worm soldiers.

With each turn, you move a selected worm and try your best to defeat the other team.

However, there are a few new features, like the ability to craft weapons and lay down turrets.

There are plenty of scenarios and multiplayer modes to keep things fresh and exciting.

If you’re looking for a wacky way to settle the score between friends, Worms W.M.D is a great time. 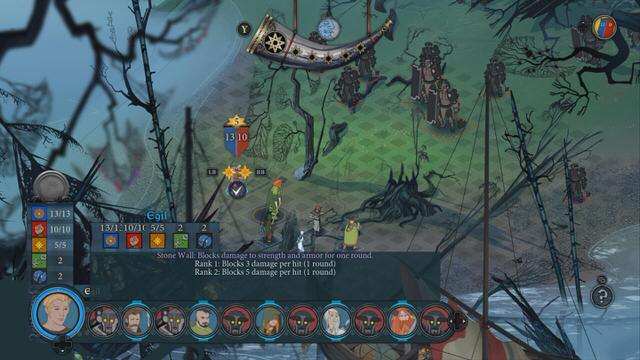 A group of humans form a long caravan as they traverse their world, trying to stop the evil monsters known as the Dredge.

This game puts a lot of focus on interactive storytelling by putting player choice and consequence on the forefront.

The game follows two characters, attempting to survive in a world stuck in perpetual twilight.

The gameplay is a blend of classic turn-based strategy with a focus on accepting the fate of your party, no matter how bad things get.

Different characters have various moves and abilities, as well as strengths and weaknesses that play into combat.

However, The Banner Saga mostly uses gameplay as a means for telling a complex and fantastical story, deeply baked into its Norse mythology themes. 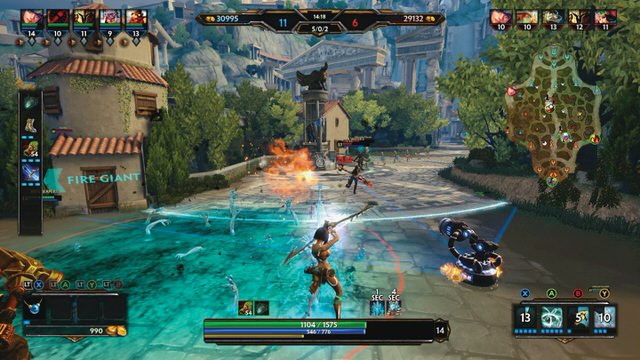 Compete in intense team-based battles with your favorite god-like champion, decimating your opposition and taking down objectives.

This fun strategy title puts you directly into the action, controlling one of many mythological champions.

The game has many modes, almost all of which are for competitive multiplayer.

The main modes have two teams of five champions, each attempting to take down structures in various “lanes”.

The large roster of characters and ever-changing modes and rules makes this free-to-play game a great one to return to often.

#4. This War of Mine: The Little Ones 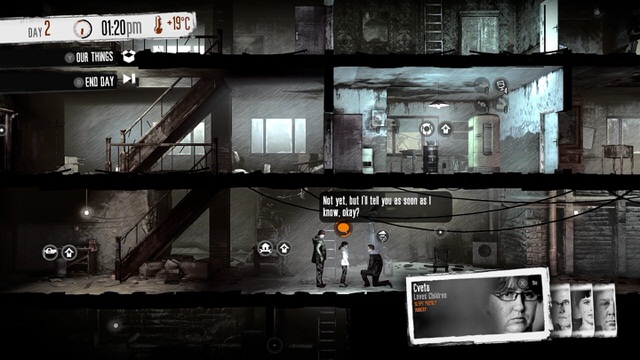 In a city ravaged by war, a group of survivors attempt to stay alive by scavenging and crafting what they can, all while under threat of deadly military actions and gunmen.

This is an expansion pack of the game This War of Mine, which places you in control of a group of survivors living in squalor.

Although each character has different strengths and weaknesses, they are all under equipped to deal with the harsh survival conditions.

As the player, you must make difficult decisions that affect the story, as well as direct various characters.

This game is not only notable for its dark and gripping story, but how it smartly blends management and strategy gameplay in a unique way. 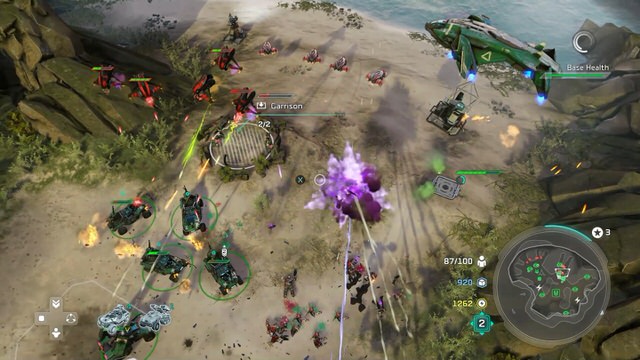 Experience the world of Halo from an eagle eye view, commanding iconic vehicles and troops in epic large scale battles.

This sequel also improves upon the original, providing better controls and a bigger variety of multiplayer options.

This sequel ups the ante from the original game, with an impressive single player campaign and tons of multiplayer modes.

Like the first Halo Wars, you command a large group of USNC soldiers and their various vehicles on an open battlefield.

The combat systems are simple to understand, and are based off a standard triangle strengths and weakness system.

There have been new modes added, allowing to play through the entire campaign with a friend or battle them online in a variety of fun modes.

As an added bonus, the gamepad controls have been reworked to allow more precision, making this one of the best RTS games on consoles. 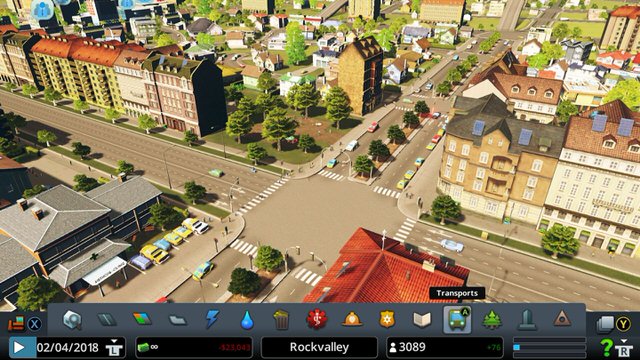 Build your own city and manage it down to the tiniest detail.

If planning and managing a metropolis sounds like fun to you, this is the best you’re able to get.

This fantastic city builder takes all of the fun of games like SimCity and makes it even better.

The open-ended nature of the game allows you to craft your ideal city, adjusting a wide variety of options and sliders.

Besides planning roads and buildings, you’ll have to figure out proper taxes, where water and electric lines will run, as well as a huge amount of other factors.

Few games manage to capture the enormous task of actually planning and executing on city building, but Cities: Skylines manages to do so in almost ever way. 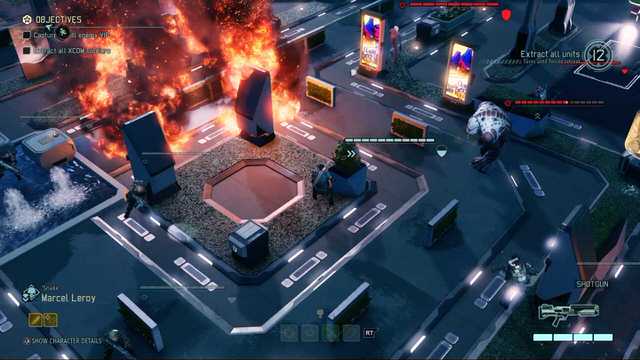 Engage in a challenging battles against alien invaders in an all-out war for humanity’s future survival.

This sequel sees Earth under alien control, with an underground military organization attempting to win the planet back for humans.

You are in charge of directing soldiers during difficult fights, upgrading and recruiting more soldiers to your party when possible.

The game’s combat takes into account things like cover and accuracy, so you’ll have to position your squad to the best of your ability.

For the first time in the franchise’s history, there are secondary objectives to complete during the story missions.

The overall feel of the combat feels more intense and fast, mixing reaction with strategy.

If you’re a fan of sci-fi and strategy, there are few games better than X-COM 2.

Determining the best Xbox One strategy game is no doubt a never ending topic (mostly because new games are still being released), but it’s worth the time!