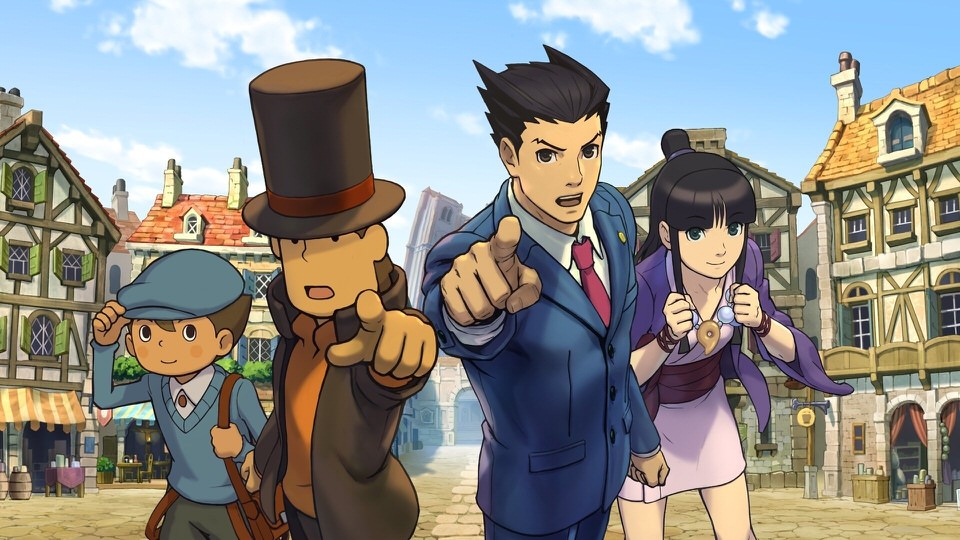 With amazing titles like the Professor Layton series, BoxBoy series, and Pushmo series, the 3DS surely have a great collection of puzzle games.

If you’re a fan of both 3DS and puzzle games, I know that you want to know the best 3DS puzzle games of all time. 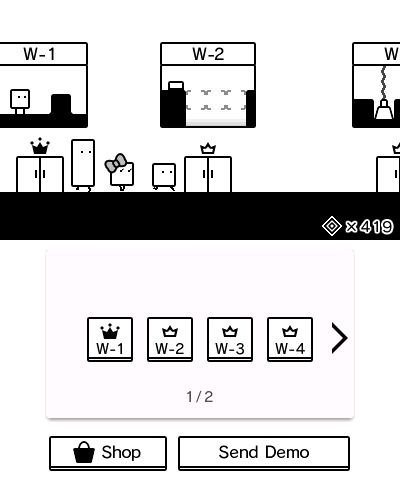 Think outside the box to save a world in peril!

Just watch out tons of obstacles stand in your way, so fortify yourself with a Shielding Afro or other boxy defenses.

Then beat some more stages to earn sweet square costumes, like a superhero outfit!

After snaking your way through a plethora of levels, try taking on some challenges.

Time attack will have you puzzle-solving your way through an assortment of levels as quickly as possible, giving you the chance to test your skills at creating box-shaped defenses.

If that’s not enough, Score Attack has you collecting as many tokens as possible within the time limit while using boxes to lift yourself up and maneuver around a huge stage.

All the worlds a puzzle and you’re the only box boy boxy enough to save it! 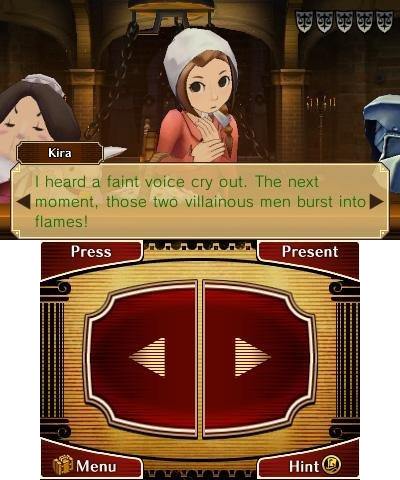 When the mysterious Espella is pursued through London by a bewildering force, she desperately seeks help from legendary puzzle investigator Professor Layton and his assistant Luke Triton.

However, before the duo are able to work out whats going on, Espella is suddenly kidnapped.

While attempting to track her down, Layton and Luke encounter a strange book and are transported to the outlandish medieval city of Labyrinthia—a place allegedly inhabited by witches and magic!

When he realizes that Espella is to be put on trial as a witch, Phoenix decides to defend her in court.

While Phoenix learns the bizarre laws of the land, Professor Layton sets out to solve the mysteries of Labyrinthia but can the two masters of their professions work together long enough to save the day?

Uncover the truth in Professor Layton vs. Phoenix Wright: Ace Attorney, only on Nintendo 3DS!

Two entirely unique gameplay styles collide investigate the mysteries of Labyrinthia, solving puzzles as you go, then seek justice in the courts of law!

Professor Laytons expertise is put to the test as he explores the city, finding clues, solving puzzles and speaking with its enigmatic inhabitants.

Meanwhile, Phoenix Wright defends his client to the end in a courtroom quite unlike any he’s experienced before.

With completely different laws and logic at play in Witch Trials, Phoenix must cross-examine witnesses, and sometimes even quiz multiple people at once to find contradictions!

Hint Coins can be found dotted around Labyrinthia; if you’re in a spot of bother while trying a testing puzzle, buy a helpful clue to point you in the right direction.

Alternate between two play styles and experience the best of both worlds to solve a supernatural case filled with twists and turnabouts.

When the puzzle professor and the ace attorney unite, no conundrum can get between them and the truth!

#8. Mario and Donkey Kong: Minis on the Move 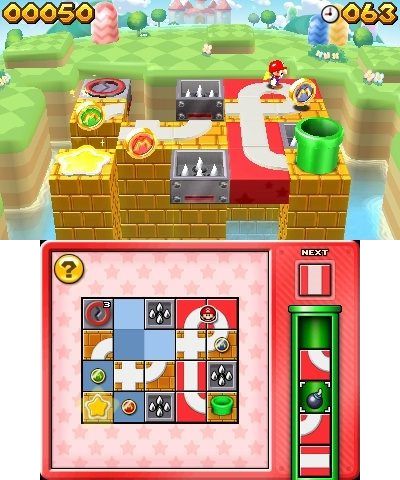 This Nintendo eShop exclusive challenges players to place tiles on the bottom screen to guide the Mini Marios to their goal on the top screen.

The game offers more than 180 stages in four different modes.

Players can also create and share their own stages, and play those created by other players around the world. 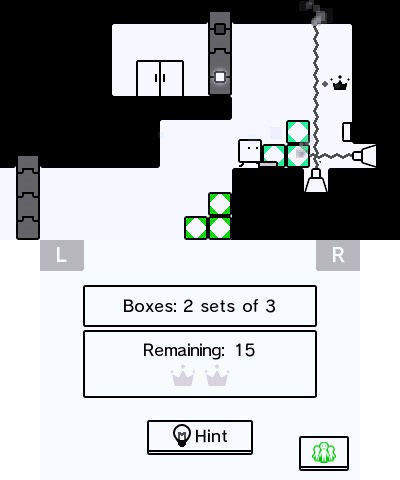 It’s time to think outside the box once again.

Our boxy hero, Qbby, has a brand-new power that lets him duplicate his blocky bod into TWO sets of boxes.

He’ll put every box to use to survive perilous traps across 11+ worlds of puzzling levels.

Learn new tricks and box formations to get past obstacles, like switches, spikes, and even lazers!

Once you learn the ropeserm, boxestake on the bonus challenge world to beat levels using the Bunny or Ninja outfit with a lower box count.

Take them to the shop to purchase new costumes, like the Robo-Suit, read humourous comics, or listen to the tunes of BOXBOXBOY!

If you’ve played the first title, BOXBOY!, you can unlock many of those costumes too because almost every one can be used in BOXBOXBOY!

#6. Professor Layton and the Azran Legacy 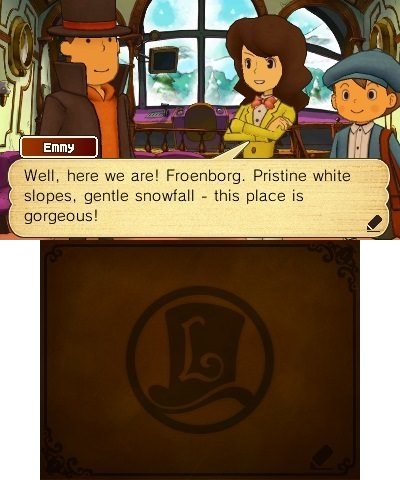 #5. Professor Layton and the Miracle Mask 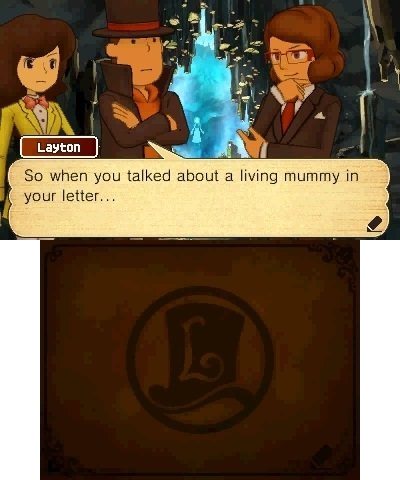 Professor Layton’s first adventure on the Nintendo 3DS system takes him to the colorful city of Monte d’Or, where he must stop a mysterious man from wreaking havoc with the powerful Mask of Chaos.

Unravel new details about Professor Layton’s past alongside Luke, assistant Emmy Altava, and a whole new cast of characters in this riveting story.

Wrack your brain with hundreds of puzzles weaving their way throughout the story.

In addition, download free daily puzzles for a year!

With a robust hint system to help players of all experience levels, and an epic tale packed to the brim with all-new puzzles, Professor Layton makes his triumphant return-only for Nintendo 3DS. 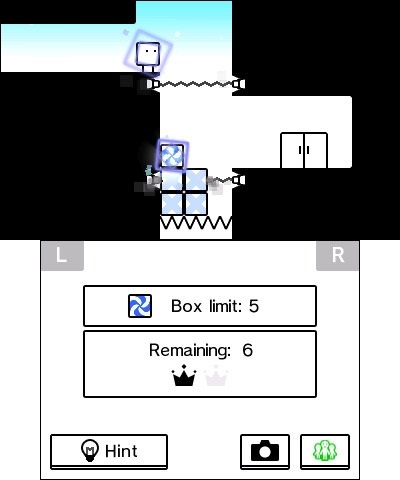 Square off against the odds in BYE-BYE BOXBOY!, a charming 2D puzzle-platformer available exclusively from Nintendo eShop on Nintendo 3DS family systems.

Join Qbby, a conundrum-solving cube, on an all-new adventure where you’ll need to box clever and ingeniously navigate your way through more than 180 brain-teasing levels.

A grand adventure Determined not to be boxed in, Qbby and his pals board a spaceship and go planet hopping!

Each world they visit brings exciting new challenges, unique play styles and even different color schemes, so the action never gets dull.

Pit your wits against oodles of obstacle-filled levels, including new stages where you’ll need to think outside the box and ensure a safe passage for both Qbby and the adorable Qbabies.

Whether you’re tracking down crowns, conjuring up laser-beam-blocking barriers or summoning a spike-shielding stairway, there’s always something to keep this clever cube on his toes.

Just like in the original BOXBOY! game, Qbby can spawn a single set of boxes only this time, boxes can take on incredible new powers, allowing for even more puzzling opportunities.

Some boxes can soar to the skies with the power of rocket propulsion, explode to open up new paths, or even teleport Qbby from one place to another.

Testing trials For a tougher test, you can take on Challenge Worlds strange places where the rules have been changed and the difficulty ramped up.

Can you complete levels without throwing boxes? How about jumping?

Conquer stages as efficiently as possible to claim the elusive crowns scattered throughout, and if you make a mistake, use the instant reset function to go back to square one.

By besting levels, you can earn medals to spend on various in-game goodies, like new challenges, comic strips and music tracks.

You can even unlock fresh looks for Qbby to try out. Hey, he’s a squid now!

And of course, if you already own BOXBOY! or BOXBOXBOY!, all your costumes will carry over.

That’s one smart wardrobe! You can unlock new costumes with amiibo, too! 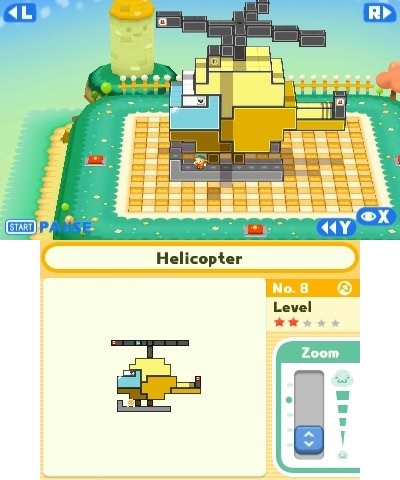 Stretch and pull blocks to reach the goal!

Stretch and pull blocks to guide Mallo to the goal in seven free starter puzzles.

Then expand this entry in the acclaimed Pushmo series by purchasing up to four puzzle-filled download packs on Nintendo eShop.

You can even create and share your own puzzles!

Purchase and download any of the four main attractions to unlock the Stretchmo Studio level creator, which also lets you share puzzles via QR Code patterns.

Mallos Playtime Plaza has 100 great puzzles for players of all skill levels! Looking for a challenge?

Then come on over to Pollys Sculpture Square, where 50 animal and object puzzles await.

Keep the fun going in Corins Fortress of Fun, which packs in 50 action-packed puzzles filled with special objects, like manholes!

Or head on down to Papa Blox’s NES Expo to play 50 puzzles based on characters from Nintendo classics. 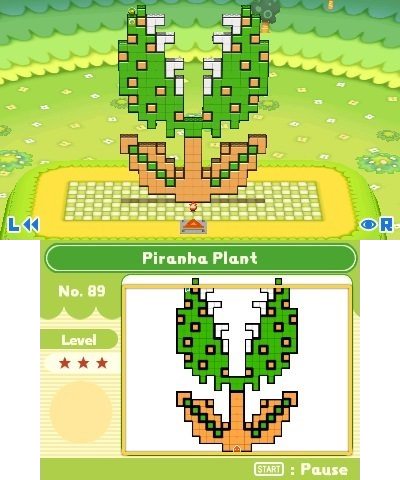 Players can embrace the laws of gravity and challenge themselves with a whole new kind of action-puzzle play in this exciting sequel to the critically acclaimed Pushmo.

New gravity mechanics and gadgets like floating blocks, doors and move switches await, testing players’ skills as they push, pull and slide each puzzle’s colorful blocks in order to climb to the top.

Just be careful where those blocks are moved-unsupported blocks will come crashing down.

Crashmo contains lots of puzzles to test your brains, and enhanced puzzle-creation-and-sharing features mean that even when all the puzzles are cleared, the fun never has to stop. 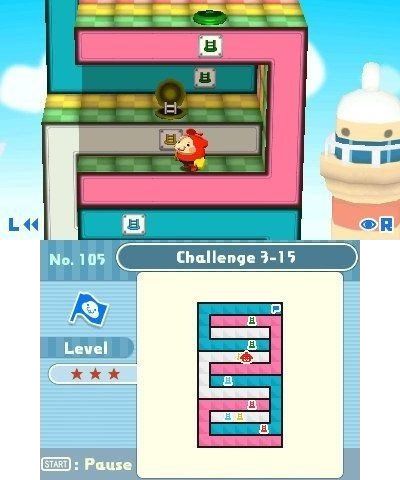 Pushmo is a puzzle-action game in which you pull and push blocks to create a place to stand so you can jump up and down on your way to a goal.

At first glance, some places may look out of reach, but if you use your head, you just may see a way to the goal…

Determining the best 3DS puzzle game is no doubt a never ending topic (mostly because new games are still being released), but it’s worth the time!