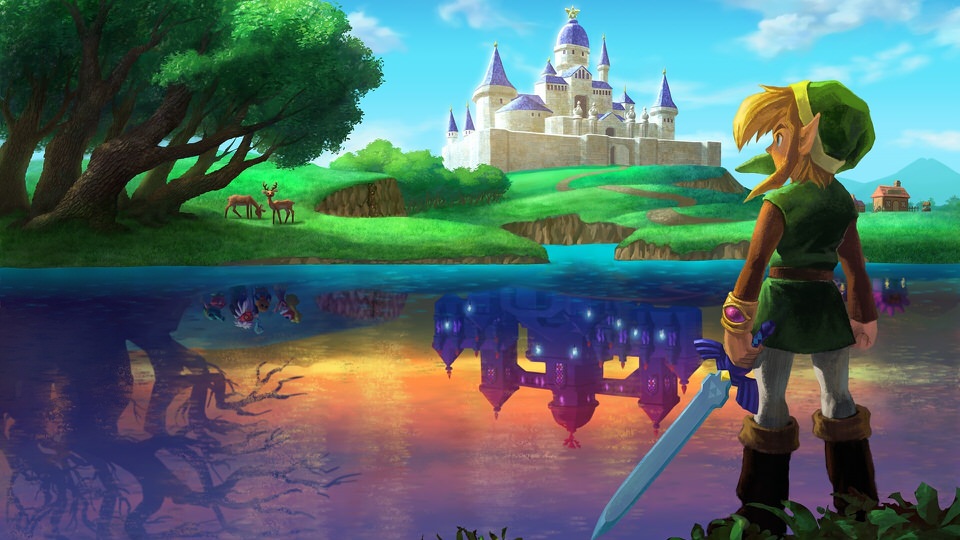 With amazing titles like the Zelda series, Metroid: Samus Returns, and Kid Icarus: Uprising, the 3DS surely have a great collection of action-adventure games.

#10. LEGO Pirates of the Caribbean: The Video Game 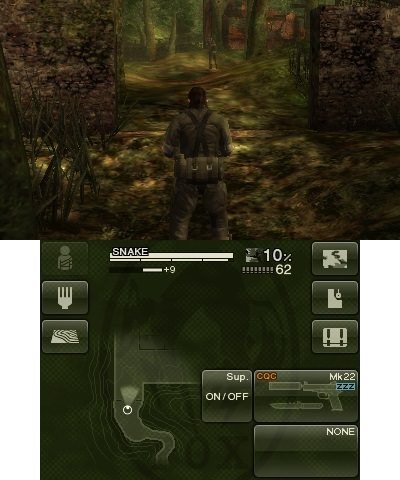 The President of the United States received word that the Soviet Union had deployed nuclear missiles in Cuba.

The world trembled in fear as the prospect of nuclear war loomed ever closer.

After days of tense negotiations, the Soviets finally agreed on the 28th to withdraw their missiles from Cuban soil.

With the resolution of this incident, later to be known as the Cuban Missile Crisis, it seemed that humanity had survived yet another threat to its existence.

However, there was a secret condition in the deal that put an end to the crisis.

Nikolai Stepanovich Sokolov, a Soviet scientist who had defected to the West, was to be sent back to the Soviet Union.

The U.S. government agreed to this stipulation, and returned Sokolov back to his native land.

Little did they know that Sokolov was to be the designer of a nightmarish weapon.

Now, with Sokolov back in their hands, the Soviets are ready to resume its development.

If this weapon is completed, it will mark the beginning of a new age of fear.

Realizing at last the urgency of the situation, the CIA forms a plan to recapture Sokolov.

They dispatch the covert FOX unit to Sokolov’s research facility, located to the south of the great Soviet fortress of Groznyj Grad.

Led by former SAS member Major Zero, FOX is a next-generation special-forces unit that operates both as a specialized combat group and as a covert intelligence outfit.

The FOX unit’s modus operandi is to send a single agent, backed by radio support from afar, into enemy territory to carry out solo sneaking missions.

A lone soldier swoops down from out of the blue. The man’s code name is Naked Snake. 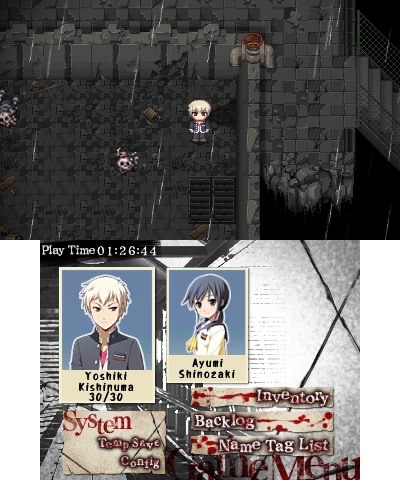 Corpse Party is an adventure game that uses hand-drawn 2D sprite and tile art to tell the story of a group of Kisaragi Academy High School students who are trapped in a haunted elementary school filled with the decaying corpses and tormented souls of countless children who’d mysteriously vanished from the Japanese countryside years, months or sometimes only days prior.

Desperately trying to escape and survive, players will experience unnatural, unnerving and decidedly uncensored horrors through the eyes and ears — of these frightened teenaged victims.

Detailed 2D sprite animations and art stills show the bloody and unsettling fates that await those who enter, and full Japanese-language voice-acting combines with 3D audio support to create a simulated surround sound experience when playing with headphones, offering players a delightfully uncomfortable level of immersion. 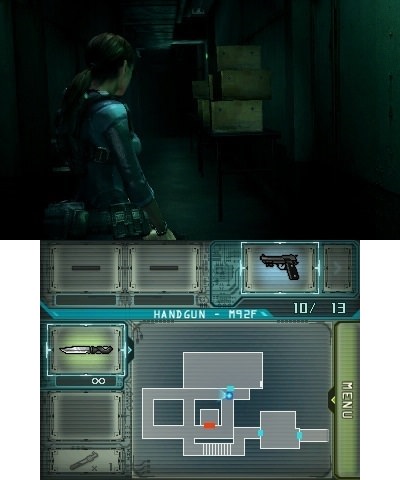 Built from the ground up to take advantage of the Nintendo 3DS features, Resident Evil: Revelations delivers outstanding visuals that bring the fear to life.

The story is set principally on board a supposedly abandoned cruise ship in the Mediterranean, where Jill and Parker have been sent to search for Chris Redfield, based on his last known GPS coordinates.

Far from being empty, the ship hides danger around every corner as Jill and Parker explore the confined space of the ship and must face a menacing new horror that emerges from the darkness.

Adding a new unique horror setting to the series, Resident Evil: Revelations gives players the chance to venture underwater as they try to escape the terrifying creatures that are roaming the ship.

But even the water does not provide safety as the creatures continue to attack from the depths while Jill and Parker make a desperate bid to make it off the ship alive. 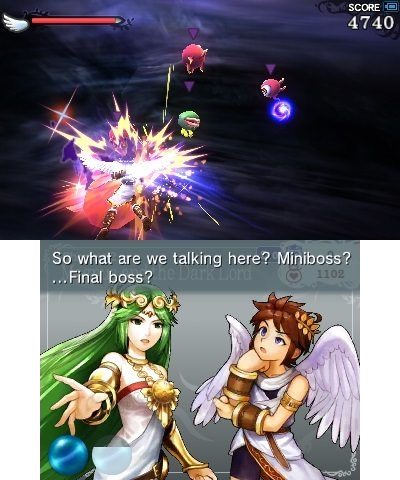 One of the most beloved franchises in Nintendo’s long history makes its glorious return in spectacular 3D!

Pit of Kid Icarus fame is back in a new game designed specifically for the Nintendo 3DS system, by Masahiro Sakurai, creator of the Kirby and Super Smash Bros. franchises, and his development team at Project Sora.

Kid Icarus: Uprising is a fast-paced and action-packed blend of aerial and ground-based shooting built on elegantly intuitive and streamlined play control.

This follow-up to the original Kid Icarus released for the Nintendo Entertainment System in 1987 has been at the top of gamers wish lists for years.

Boasting gameplay that is easy to pick up but incredibly deep, the game is sure to satisfy novice gamers as well as fans who have been clamouring for a new installment in the franchise.

The hero, Pit, teams up with Palutena, the goddess of light, who bestows on him the miracle of flight for limited stretches.

With this gift, Pit soars through the skies, shooting down swarms of enemies, then alights and engages in frantic ground-based battles against Medusas underworld army.

Find and collect numerous weapons and items that offer bonuses and ability boosts.

Players can choose weapons before they send Pit into battle, giving them countless layers of strategies in each level.

Players can choose between a basic Blade, basic Claws and a basic Orbitar weapon.

Blades are well-balanced, Claws have limited reach but increase running speed and the Orbitars can shoot two shots that grow in power over distance. 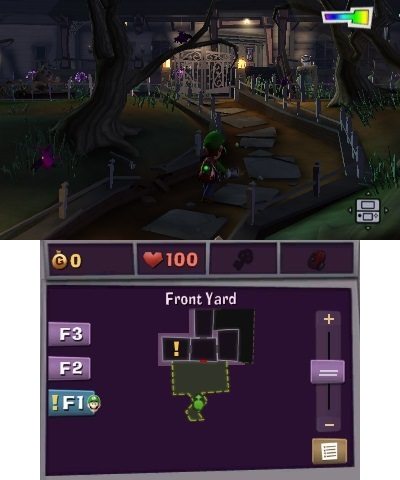 Luigi is back on a mission to remove a bunch of stubborn ghosts from some spooky mansions. 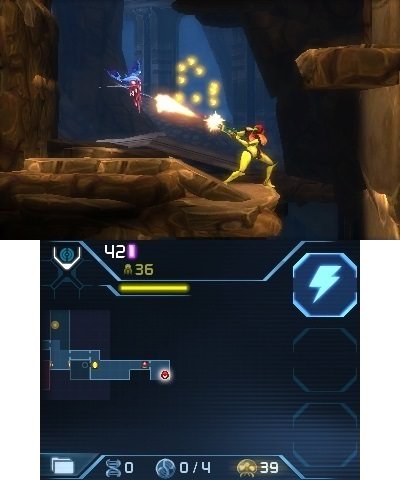 A classic Metroid adventure returns, rebuilt from the ground up!

Terminate the Metroid menace in this masterful reimagining of her 1991 Game Boy adventure.

Samus Arans arsenal has been enhanced with new moves and abilities that are sure to help her face the deadly surprises that await.

This intense, side-scrolling action platformer is a great entry point into the Metroid franchise and perfect for returning fans as well, and its available only on the Nintendo 3DS family of systems. 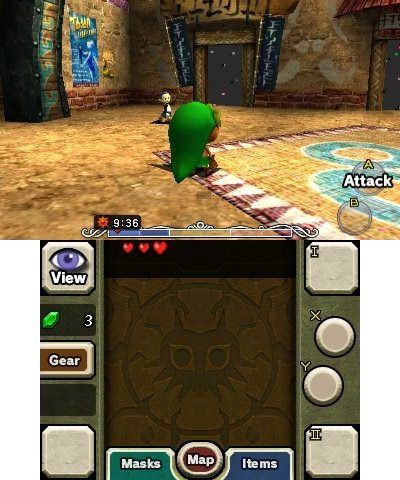 The world will end in three days. Can you stop the apocalypse in time?

A twisted Skull Kid will destroy the world in three days by sending the moon crashing down.

To stop him, Link must collect powerful masks and relive those final days in many unexpected ways.

#2. The Legend of Zelda: A Link Between Worlds 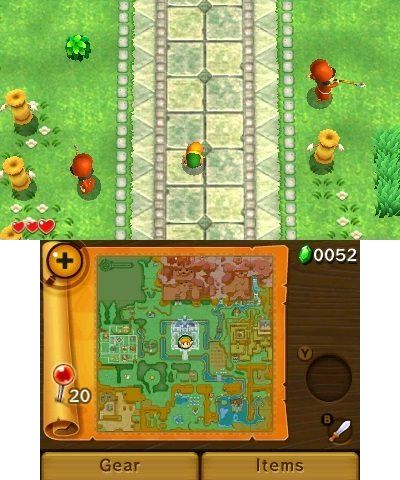 Two worlds collide in an all-new adventure set in the world of Super NES classic The Legend of Zelda: A Link to the Past.

In this newly spun tale, Link transforms into a living painting to cross into a dark, parallel dimension mirroring Hyrule.

Conquer the puzzles, traps, and hidden rooms of deadly dungeons to save both worlds from certain doom!

Brought to life in 3D, this beloved, top-down world is the perfect backdrop for a sweeping new tale.

Dungeons sink deep below the screen as Link and his attacks pop out, highlighting the nonstop action.

The pace is faster than ever, especially since you can swap items on the Nintendo 3DS touch screen.

Shoot an arrow, toss a boomerang, bomb a wall, then merge into a painting to slide between two worlds – all in a matter of seconds.

With gameplay, visuals, and controls this smooth and consistent, no Zelda adventure has ever been so action-packed. 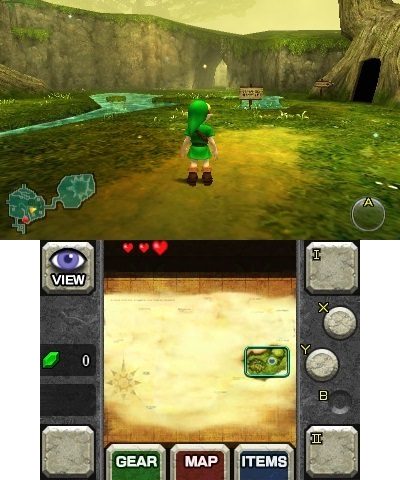 The game couples phenomenally enhanced graphics with stunning, glasses-free 3D visuals to bring to life the daring adventures of its hero, Link.

A streamlined touch-screen interface and newly implemented motion controls provide a fresh and intuitive feel as players immerse themselves in the tale of the creation of Hyrule and the struggle for control of its all-powerful ancient relic.

The game will also feature new challenges not included in the original game.

The Legend of Zelda veterans can look forward to the Master Quest a second quest with revamped puzzles and redesigned dungeons that feature the same graphical and interface upgrades as the main game.

The Legend of Zelda: Ocarina of Time 3D is a masterful improvement on one of the landmark releases in video game history.

Determining the best 3DS action-adventure game is no doubt a never ending topic (mostly because new games are still being released), but it’s worth the time!