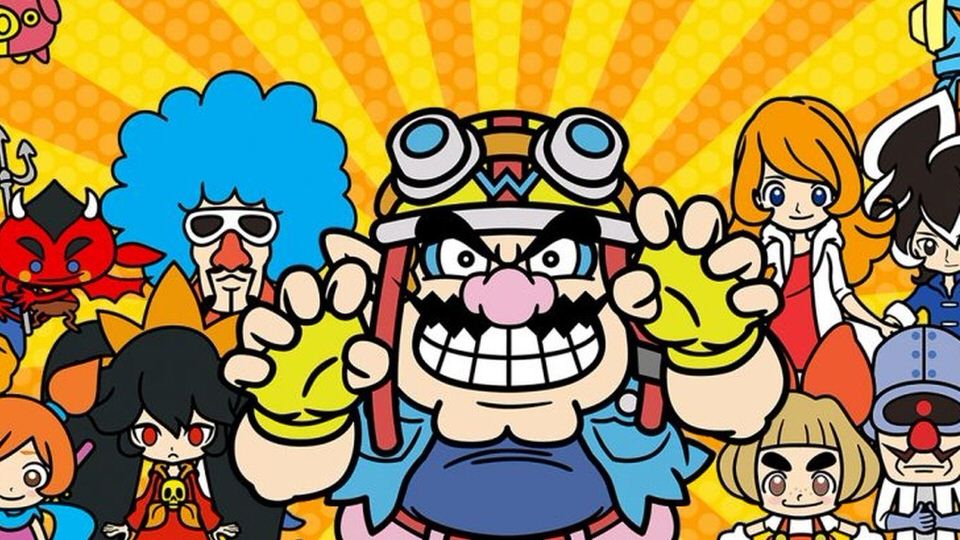 With amazing titles like the WarioWare Gold, Colors! 3D, and Brain Age: Concentration Training, the 3DS surely have a great collection of casual games.

If you’re a fan of both 3DS and casual games, I know that you want to know the best 3DS casual games of all time.

Kirby Battle Royale is a Miscellaneous game, developed by HAL Labs and published by Nintendo, which was released in Europe in 2017.

A new game in the Mario Party series is scheduled to launch for Nintendo 3DS this winter.

The game features seven different game boards, each with its own set of rules.

In addition to the board game elements, players will be able to play mini-games exclusively or try their hands at a 30-floor tower climb, AR Card games and StreetPass battles.

Players can create their own creatures and use them to explore a planet that they customize.

Freakyforms Deluxe: Your Creations, Alive! contains new features not found in the original downloadable title, such as dungeons to explore, enhanced creating capabilities with more parts to choose from and new special powers that can be used to further personalize the creatures.

The game also features Download Play, which allows players to share the creative experience with friends who do not have a copy of the game.

Think fast and have a blast with a variety of ways to party with Mario, Toad, and more, on-the-go or on the couch!

It’s always your turn as you and up to three friends roll the dice, roam the board, and recruit fan-favorite allies.

The bigger your party, the faster you’ll earn stars and coins in frantic minigames.

It’s instant fun for everyone!

Break free of turn order and choose your path to victory in Toad Scramble, a mode with five wild worlds filled with bite-sized, open maps to play on.

Blast across them in cannons, creep around haunted houses, or get a lift from Lakitu.

You may get a chance to take down Bowser’s mech!

Team up with Yoshi, Daisy, Waluigi and other allies along the way.

Pit your skills against friends by racing along in a gauntlet of rapid-fire minigames in Coinathlon.

Cannon down Goombas, take out Shy Guys pinball-style, and even surf on a leafboard…but watch for Wigglers!

You may even find yourself wandering a labyrinth of Boos. Partying is tough business!

Master a stone’s flight to the bottom of the well! Be one with the stone from the toss to the splash.

With a sharp mind and a deft touch on the Circle Pad, master the journey to the bottom of wells filled with obstacles.

As you learn to maneuver each stone in free fall and complete each level, you’ll unlock more stones and wells.

Embrace the challenges that lie ahead…for the flight is at hand.

Each well is designed differently, with various hazards to impede your journey.

Some wells have pizzas that break apart; others contain floating cookies that will sacrifice their delicious lives to stop you from getting to the bottom.

Armed with a selection of stones, such as the beefy iron ball and the fragile gem, race as fast as possible to the bottom of each well.

Then turn on the StreetPass feature and share your speedy conquests with others!

With 200 Mahjong matching puzzles, delivered in full, vibrant 3D through the power of Nintendo 3DS, MAHJONG CUB3D offers colorful, meditative, challenging puzzle gameplay that’s easy to pick up and impossible to set down!

Three amazing game modes, including the 2-player Versus, add value to an overall package that fires out from every angle. 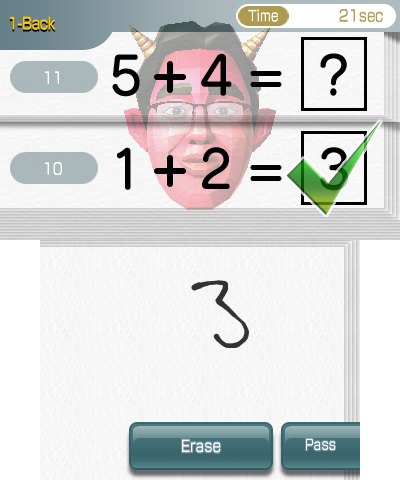 The modern mind has numerous devices to stay connected (e.g. laptops, smart phones, tablets), and these distractions have led to an information overload making it difficult to stay focused on specific tasks.

By spending at least five minutes a day, these exercises will challenge players with activities to help improve their concentration skills and the ability to access their short term memory.

The new Devilish Training exercises dynamically increase or decrease in difficulty based on your real-time results to help consistently train players at the limit of their abilities.

Beyond the Devilish Training, there are additional new and classic puzzles for every purpose, whether to challenge one’s concentration or math skills or provide relaxation activities to give the brain a break. 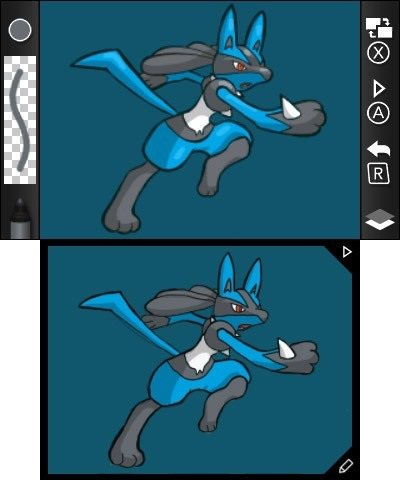 Pokemon Art Academy boasts 40 lessons in which players can encounter favorite Pokemon from throughout the series, such as Pikachu, Oshawott, Charizard, Torchic, Fletchling and Fennekin. 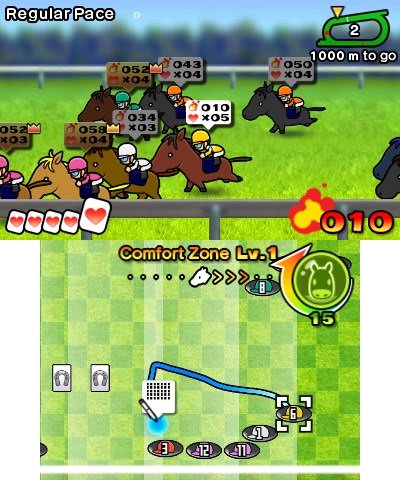 In this fast-paced mash-up of solitaire and horse racing, you’ll jockey your way to victory by clearing cards to energize your horse.

You can even level up your noble steed through strategic positioning on the track.

Can you master solitaire and horseback racing at the same time?!

After you get a dozen races under your belt, you can retire your horse a sad moment for any jockey.

You can relocate your horse to your very own farm and pair them with other retired horses to breed new ponies…that are completely adorable!

Eventually these babies will pony up by maturing into horses that you can ride in competitions for prizes.

You can then get items at Chirp’s shop, such as puzzle pieces or temporary bonuses.

After completing certain puzzles, your horse will gain even more stats when leveling up. 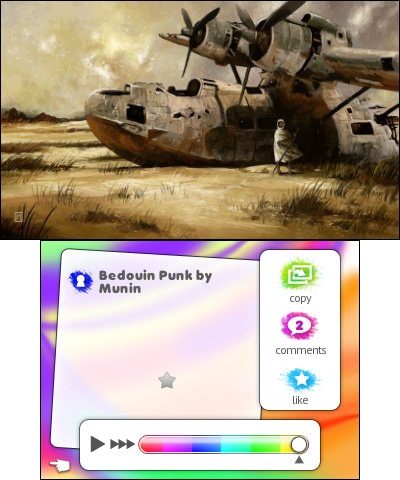 Colors! 3D is a simple yet robust painting application that combines ease of use and powerful painting tools.

Based on modern painting techniques originally developed for professional drawing tablets, Colors! 3D is tailored for touch screen devices, and caters to everyone from serious artists to aimless doodlers.

Whether you are looking to sketch, paint, or draw up your next plans for world domination, Colors! 3D is the perfect digital sketchbook.

Determining the best 3DS casual game is no doubt a never ending topic (mostly because new games are still being released), but it’s worth the time!