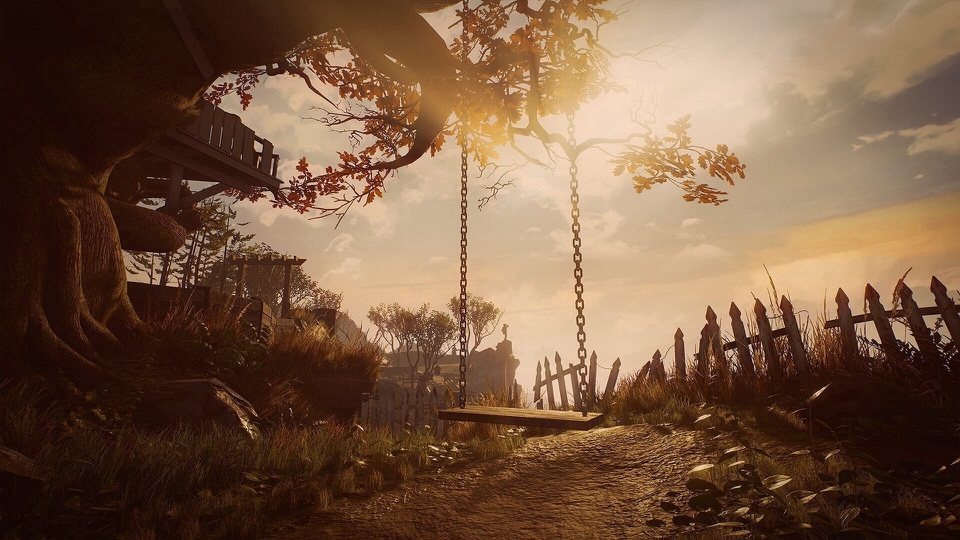 With amazing titles like the Tales From The Borderlands series, The Talos Principle, and What Remains of Edith Finch, the PS4 surely have a great collection of adventure games.

If you’re a fan of both PS4 and adventure games, there’s a chance you’ll like this list.

Most of you will know or even still playing some of the games mentioned in this list.

#44. Game of Thrones: Episode Three – The Sword in the Darkness

#40. Marvel’s Guardians of the Galaxy – Episode 1: Tangled Up in Blue 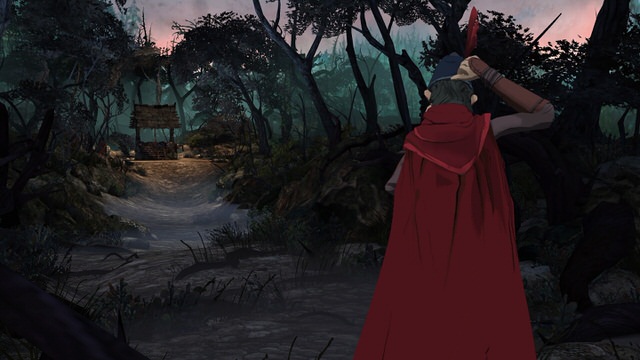 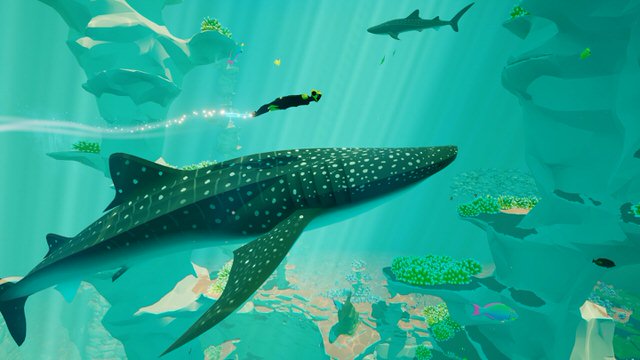 #16. Everybody’s Gone to the Rapture 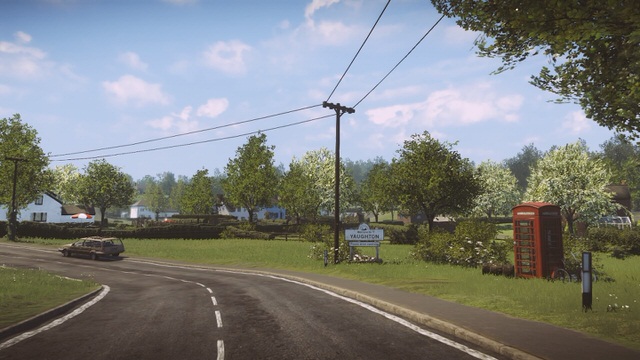 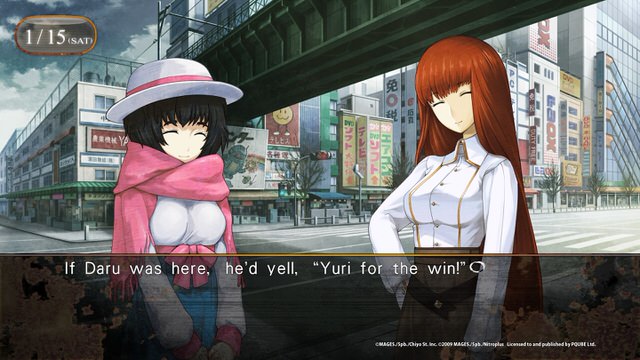 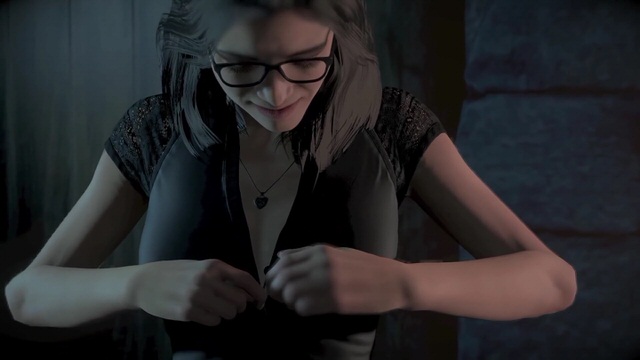 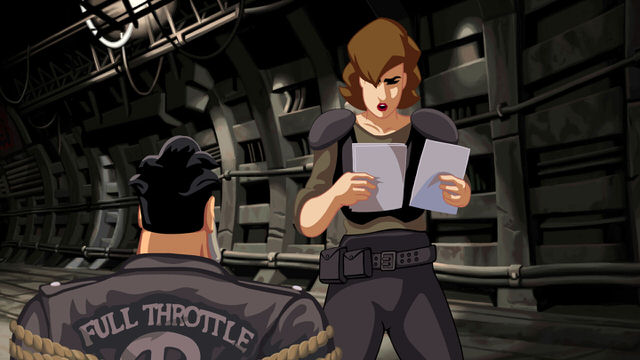 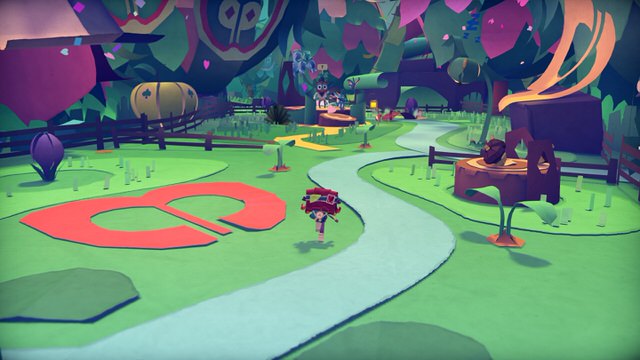 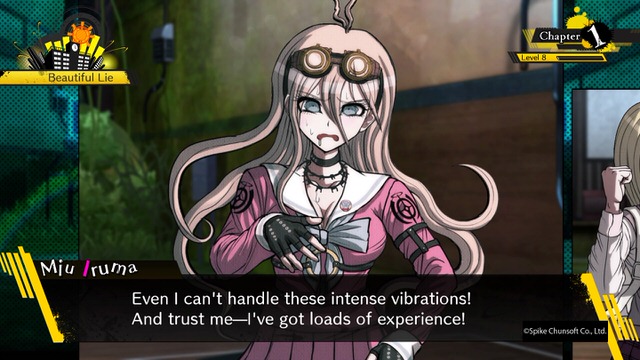 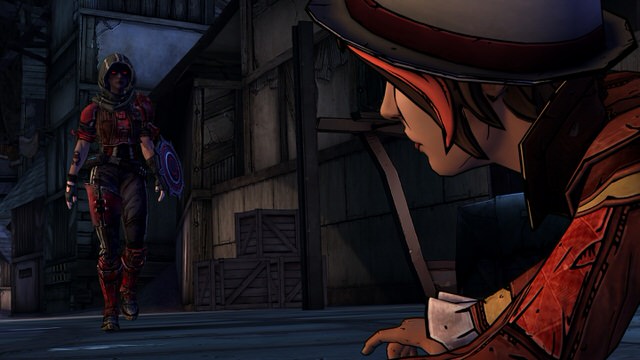 #9. The Vanishing of Ethan Carter 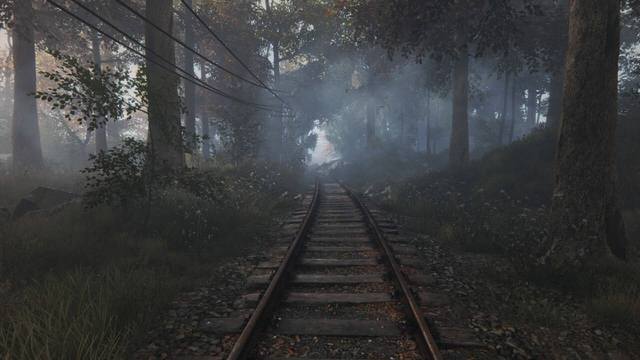 The Vanishing of Ethan Carter is a first-person story-driven mystery game that focuses entirely on exploration and discovery.

It contains no combat or explosions of any kind. If our game leaves any scars, we hope you wont be able to see them.

You play the game as Paul Prospero, an occult-minded detective who receives a disturbing letter from Ethan Carter.

Realizing the boy is in grave danger, Paul arrives at Ethans home of Red Creek Valley, where things turn out to be even worse than he imagined.

Ethan has vanished in the wake of a brutal murder, which Paul quickly discerns might not be the only local murder worth looking into.

Inspired by the weird fiction (and other tales of the macabre) from the early twentieth century, The Vanishing of Ethan Carter aims to significantly evolve immersive storytelling in games.

While it features a private detective and quite a few mental challenges, The Vanishing of Ethan Carter is not an especially puzzle-ridden game.

Our focus is on atmosphere, mood, and the essential humanity of our characters. Still, the discoveries wont happen on their own, or without your help.

Using both Pauls supernatural skill of being able to communicate with the dead, and your own powers of observation, you will discover the mystery behind a trail of corpses, the roots of a dark ancient force lurking in Red Creek Valley, and the fate of a missing boy. 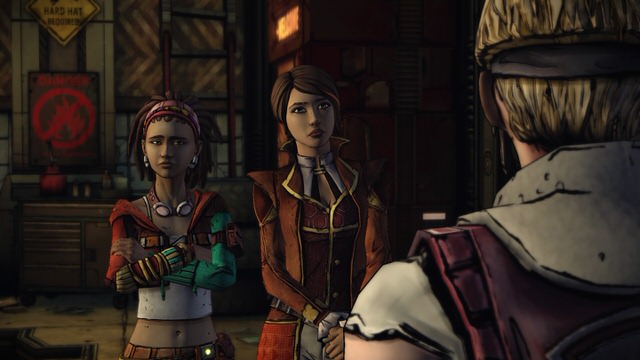 Download Episode One of Tales from the Borderlands, a five part episodic game series from the creators of The Wolf Among Us and The Walking Dead: A Telltale Games Series.

Set on the unforgiving world of Pandora after the events seen in Borderlands 2, this is a story full of Borderlands trademark humor, following two adventurers on their quest for greatness.

Youll play as Rhys, a Hyperion suit with dreams of being the next Handsome Jack, and Fiona, a Pandoran con artist looking to score her biggest ever swindle.

Thrown together as unwilling partners in an adventure to recover cash they both think is theirs, their journey will take you on a wild ride where gangsters, bandit lords, and Vault Hunters are just some of the obstacles youll encounter, in this new take on the award-winning universe created by Gearbox Software. 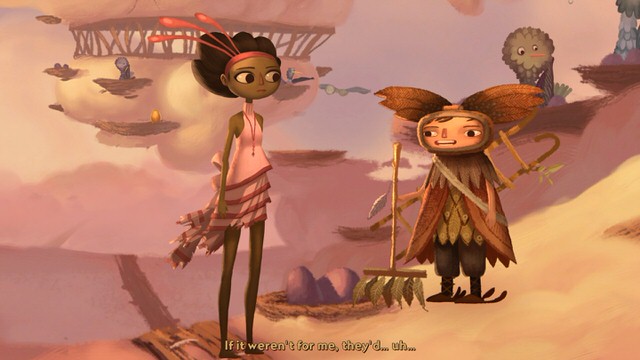 Broken Age is a point-and-click adventure telling the stories of a young boy and girl leading parallel lives.

The girl has been chosen by her village to be sacrificed to a terrible monster–but she decides to fight back.

Meanwhile, a boy on a spaceship is living a solitary life under the care of a motherly computer, but he wants to break free to lead adventures and do good in the world. 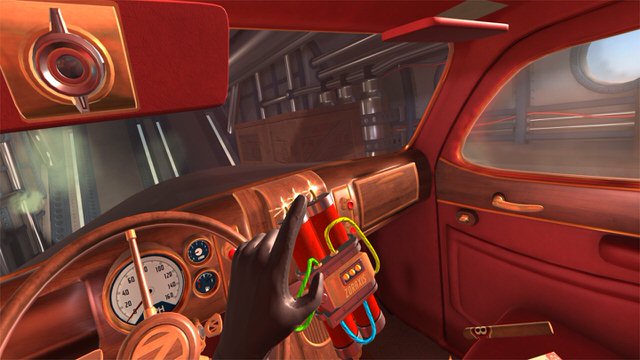 I Expect You To Die is a virtual reality puzzle game that places you in the well-polished shoes of an elite secret agent.

You must attempt to survive deadly situations in immersive and dangerous locales. Complete each operation using problem-solving skills and wits oh, and the power of telekinesis that all our agents are equipped with.

Use it and whatever resources you can find to escape each situation… or die trying.

#5. Tales From The Borderlands: Episode 3 – Catch A Ride 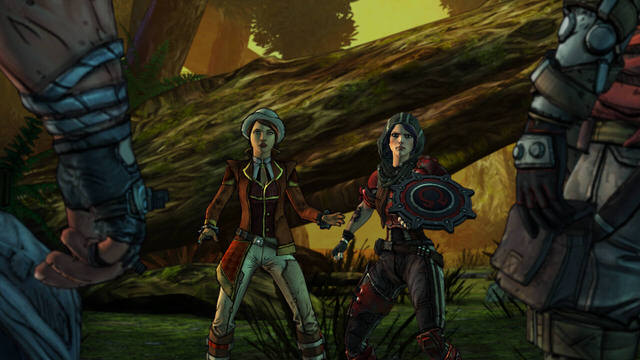 After a dizzying escape from a very-near-almost-certain-death scenario (involving statuesque buttocks), Rhys and Fiona find themselves looking for another piece of the puzzle that will lead them to the untold riches of Vault key ownership.

Lost in the mysterious jungle of an Atlas terraforming facility, Fiona finds help from an unexpected mentor, Rhys continues to share brain-space with the disembodied mind of a dead dictator, and love is in the air.

Pursued by the ruthless criminal ‘Queenpin’ Vallory, and with very little help from Vaughn’s accountancy skills (or stellar abs), getting anywhere near the Vault will be entirely up to you.

#4. Day of the Tentacle Remastered 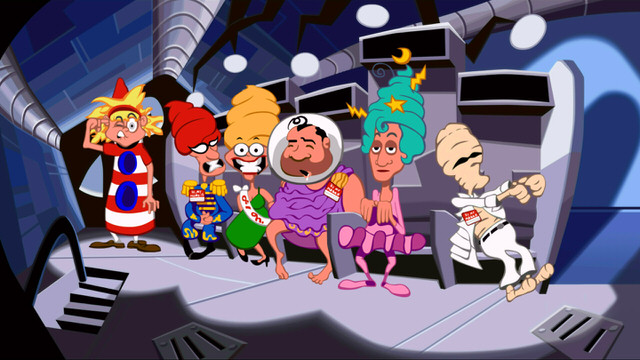 Dr. Fred’s mutated purple tentacle is about to take over the world, and only you can stop him!

Originally released by LucasArts in 1993 as a sequel to Ron Gilbert’s ground breaking Maniac Mansion, Day of the Tentacle is a mind-bending, time travel, cartoon puzzle adventure game in which three unlikely friends work together to prevent an evil mutated purple tentacle from taking over the world!

Now, over twenty years later, Day of the Tentacle is back in a remastered edition that features all new hand-drawn, high resolution artwork, with remastered audio, music and sound effects (which the original 90s marketing blurb described as ‘zany!’).

Players are able to switch back and forth between classic and remastered modes, and mix and match audio, graphics and user interface to their heart’s desire. 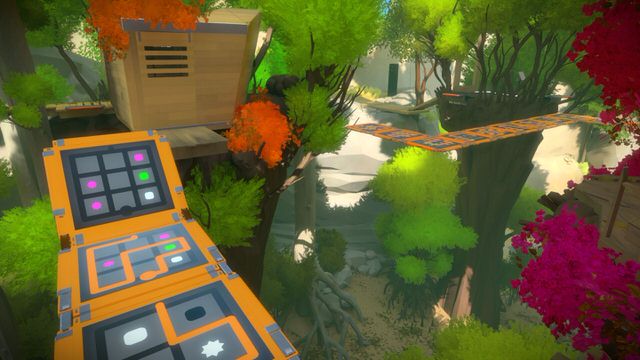 You wake up, alone, on a strange island full of puzzles that will challenge and surprise you.

You don’t remember who you are, and you don’t remember how you got here, but there’s one thing you can do: explore the island in hope of discovering clues, regaining your memory, and somehow finding your way home.

The Witness is a single-player game in an open world with dozens of locations to explore and over 500 puzzles.

This game respects you as an intelligent player and it treats your time as precious.

There’s no filler each of those puzzles brings its own new idea into the mix.

So, this is a game full of ideas. 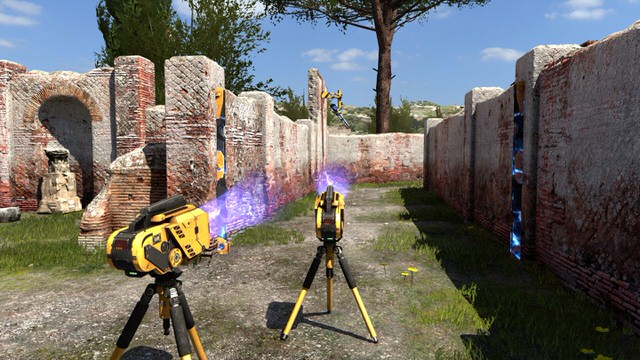 The Talos Principle is a philosophical first-person puzzle game from Croteam, the creators of the legendary Serious Sam series, written by Tom Jubert (FTL, The Swapper) and Jonas Kyratzes (The Sea Will Claim Everything).

As if awakening from a deep sleep, you find yourself in a strange, contradictory world of ancient ruins and advanced technology.

Tasked by your creator with solving a series of increasingly complex puzzles, you must decide whether to have faith, or to ask the difficult questions:

Who are you? What is your purpose? And what are you going to do about it?

#1. What Remains of Edith Finch 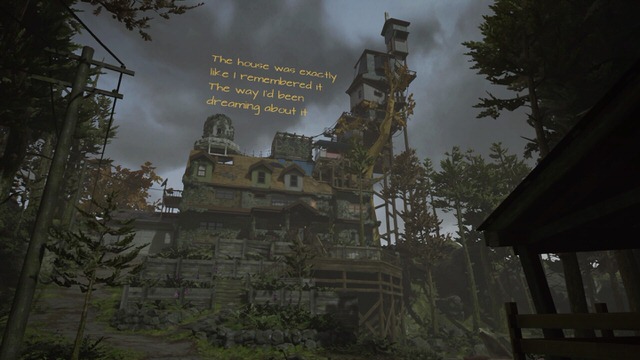 What Remains of Edith Finch is a collection of short stories about a cursed family in Washington State.

Determining the best PS4 adventure game is no doubt a never ending topic (mostly because new games are still being released), but it’s worth the time!